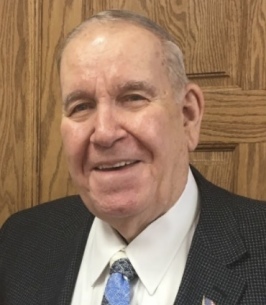 He graduated from Boonville High School in 1959, where he then went to serve in the United States Army from 1963-1965. David was also a Vietnam Veteran. He married Charlene M. Morrison on May 14, 1966.

Dave worked as a general manager at Grand Union Supermarkets in several locations until 1969. Also working at Key Bank until 1999, and Operation Oswego County Inc. until retiring in 2018.

David is predeceased by his parents, Earl and Magdalena. A brother, Robert G. Dano. And a daughter, Michele M. Dano.

Funeral Services will be celebrated at 7 p.m. Thursday, August 25, 2022 from Harter Funeral Home, Inc. Parish, NY. Relatives at friends are invited to call from 4 to 7 p.m. at the funeral home prior to the service. Graveside Services will Full Military Honors will be Friday August 26 at 10 a.m. at Saint Joseph Cemetery in Boonville NY.

To send flowers to the family of David S. Dano, please visit our Heartfelt Sympathies Store.