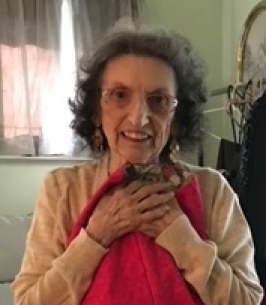 Obituary for Shirley A. Bogart (Sawyer)

Shirley A. (Sawyer) Bogart, 86 of Mexico, NY; passed away Thursday, December 29, 2022 surrounded by her loving family at St. Luke’s nursing homer after a short illness. She was born in Oswego, Daughter of the late Lucian and Julia Pittsley Sawyer. She attended Oswego Schools. She was a life resident of Mexico where she met the love of her life Morris R. Bogart in 1954. She was a wife, mother and homemaker. Throughout her life she had various careers including working at Mimi’s and Becks Hotel as a cook. She worked as a home healthcare aid. In her later years she provided Daycare for her grandchildren and other neighborhood children. Her hobbies included cooking, baking, knitting, crocheting, gardening, reading and spending time with her family.

Shirley is predeceased by her Parents Lucian and Julia Pittsley Sawyer; her Husband Morris R. Bogart; her sisters, Julia Syrell, Agnes Davis, Mary Angle and Evelyn Fellows; her brothers, Lucian and William Sawyer and her daughter in law Tammi Bogart.

Funeral Services will be celebrated at 6 P.M. Thursday January 5, 2023 from the First United Methodist Church of Mexico. Spring Burial will be in New Haven Cemetery. Friends are invited to call at the church from 4-6 P.M. prior to the service. In lieu of flowers contributions may be made in Shirley’s memory by bringing a nonperishable food item to the First United Methodist Church for the Blessing Box or McFee Ambulance Corps.

To send flowers to the family of Shirley A. Bogart (Sawyer), please visit our Heartfelt Sympathies Store.