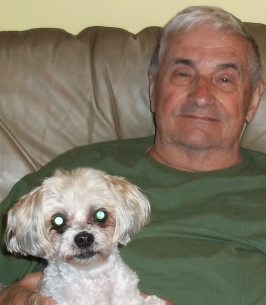 He worked in Security for PASNY. He was a member of the Mexico Volunteer Fire Department for 16 years. He was also a Special Deputy Sheriff in Oswego County. He was a Butcher at the Grand Union. He also was a Car Detailer. Richard was a Communicant of St. Anne Mother of Mary Roman Catholic Church in Mexico, NY.

He was pre-deceased by his wife, Patricia and his daughter, Lisa La Patra.

A Prayer Service will be held at 12 p.m. on Saturday, January 22, 2022 at the Harter Funeral Home, Inc. 9 Washington Avenue, Mexico, NY. Spring Interment will be in the Mexico Village Cemetery. Friends and family are invited to call from 11 a.m. to 12 p.m. at the funeral home prior to the service.

In lieu of flowers, please consider a contribution in Richard’s memory to the Mexico Volunteer Fire Department.

To leave a special memory or condolences for Richard's family, please click the Condolences & Tributes button above.