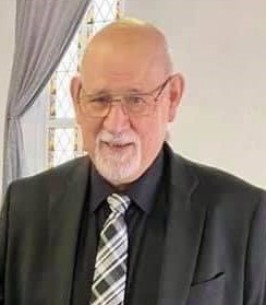 William Henry O’Neil Jr. went home to be with his Lord and Savior Thursday, November 26, 2020.
He was 87 years old. He spent many years as a youth leader in Vernon, New York before attending Liberty Bible Institute. William became Pastor of New Hope Bible Church in Bridgeport, West Virginia, where he stayed for 6 years. In 1984 he moved to Mexico, New York to pastor at the First Baptist Church. He has faithfully served there for the past 36 years. He lived the life that he preached, being a great example to all those he came in contact with.

Surviving is his best friend and sweetheart, wife Dorothy Mae (Thompson) O’Neil. Married in 1953,
they enjoyed 67 years together. In addition to his wife, he is survived by two sons and daughters-in-law,
William H. O’Neil III and Elaine (Smith) O’Neil; James P. O’Neil and Tracy (Grissinger) O’Neil; and a daughter and Son-In-Law Peggy Sue (O’Neil) Smith and Barry Smith; also, a sister and brother-in-law,
Bonnie (O’Neil) Poling and Philip Poling.

Graveside Services will be held at 11 a.m. Tuesday, December 1, 2020 in White Chapel Cemetery, Dewitt. Friends and family are invited to call from 4 to 6 p.m. Monday, November 30, 2020 at the First Baptist Church of Mexico. Arrangements in care of Harter Funeral Home, Inc. Mexico, NY.

In lieu of flowers, please consider a donation to the First Baptist Church of Mexico.

To leave a special memory or condolence for Bill's family, please click the condolences and tributes button above.

Click here to sign up for notifications about information and event scheduling for Rev. William Henry O'Neil Jr.