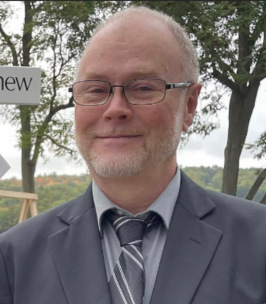 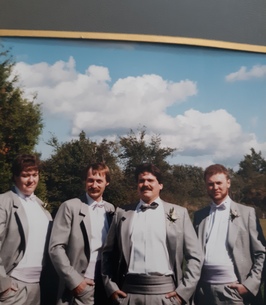 John graduated from G. Ray Bodley in Fulton, NY. John worked at Syracuse Label and Surround Printing for 40 years as a press operator and a finishing inspector. He considered many of his fellow workers as his label family. John had many hobbies, including family handyman, soccer coach, his motorcycle, and his music. John was a member of St. Anne Mother of Mary Folk Group. He enjoyed being at camp with the Teifke’s, trips to buffalo, and his SU Basketball team.

Survived by his wife of 39 years, Judith Ann (Thomson) Story, his son Thomas Ross Story; daughter-in-law Marie Story; and his daughter Cassie Marie Story. John was loved by many, especially his granddaughters Avery Jane and Anabel Grace, daughters of Thomas and Marie.

He is also survived by his mother Rosemary Story; his brothers Joseph (Val) Story, James (Mary) Story; his sister Amy (Bear) Butler. As well as many nieces and nephews.

John had many joys in life which brought a smile to his face, including his love for all of his babies, ice cream, and Reese’s Peanut Butter Cups. John flourished in his recent roles as Pop Pop, handyman helping Thomas and Marie with their home renovations and Cassie with her new home. John will be missed by all that knew him. In honor of John’s memory we invite you to toast to John with a Reese’s Cup, ice cream, and Peanut Butter Whiskey.

To leave a special memory or condolences for John's family, please click Condolences & Tributes button above.

To send flowers to the family of John K. Story, please visit our Heartfelt Sympathies Store.