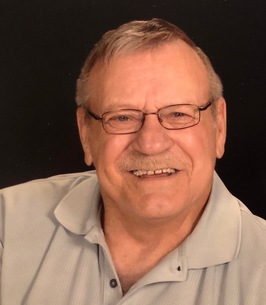 David John Martin, 71, husband of Stephanie “Susie” J. (Sabrey) Martin, passed away during the early morning hours of October 31, 2019 after a courageous battle with cancer. He was born June 2, 1948 in Fort Fairfield, ME, the son of Harry and Jacqueline (Brinkman) Martin.

He was a graduate of Limestone High School class of 1967. He served active duty in the United States Navy from 1967 – 1973, with some of his duty on the USS Holder. He then moved to NY and gained employment with NY Telephone where he was employed from 1974 – 1994.

David was married to Stephanie on June 25, 1984 at the First United Methodist Church in Mexico, NY. David was an active member of the church over the past 35 years. He was also a member of the NRA and thoroughly enjoyed spending time with the guys at the hunting camp.

Mr. Martin was predeceased by his father Harry in 1994; mother Jacqueline in 2017; sister Mari-beth in 1984; and his brother Peter in 1997. He is survived by his wife, Stephanie; his son, Shane D. Martin of Pulaski, NY; daughter and son-in-law, Shanna N. and Michael Stassi of Brewerton, NY; daughter, Jennifer Schlag of Oswego, NY; his two sisters and brother-in-laws, Ann M. and Daniel Robinson of Norway, ME, and Patricia J. and Gregory Voisine of Avon Park, FL; and brother and sister in law, Timothy and Dorothy Martin of Fort Fairfield, ME; and one sister-in-law, Mrs. Peter (Judith) Martin of Middletown, CT; and six grandsons, Jonathan Nash Martin, Tanner Stassi, Nathan Caraballo, Kaine Caraballo, Alexander Schlag, and Donovan Campbell.

Funeral Services will be held at 11 a.m. Friday, November 8, 2019 at the First United Methodist Church of Mexico, 4372 Church Street, Mexico, NY. Interment with full Military Honors will be in Primitive Cemetery, Mexico, NY. Friends and Family are invited to call from 4 to 7 p.m. Wednesday, November 6, 2019 at the Harter Funeral Home, Inc. 9 Washington Avenue, Mexico, NY.

To send flowers to the family of David J. Martin, please visit our Heartfelt Sympathies Store.