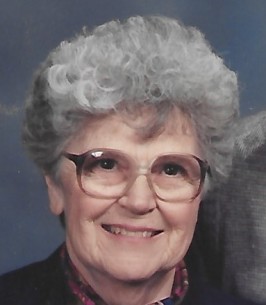 Wilma was born in Oswego, New York, daughter of Walter and Evva (Lathrop) Jones. She grew up in Scriba and graduated from Oswego High School. She worked in banking in Oswego for a number of years, eventually retiring from HSBC Bank. She was a long standing member of the New Haven Methodist Church. She enjoyed singing in the choir and occasionally playing organ and piano for services.

She married George Jerrett in 1948 and together they ran the family dairy farm in New Haven, New York until George passed away in 2014. In addition to taking care of a variety of farm responsibilities she also successfully raised four children, while at the same time took on the role of an unofficial mother to many neighborhood boys who helped out on the farm. She was well known for her baking skills and everyone knew there were always delicious cookies in her cookie jars.

Wilma enjoyed music. She loved to play the piano and sing. There was seldom a moment when she was in the house that she was not singing or humming a tune. She succeeded in passing this passion for music on to her children.

Wilma was predeceased by her parents, her husband and a brother, Norris Jones.

Calling hours will be held on Monday, February 17, 2020 from 3-6 p.m. at Harter Funeral Home, Inc. 9 Washington Avenue in Mexico. A memorial service will follow. Burial will be in the spring in the New Haven Cemetery. In lieu of flowers, the family asks that donations be made to the New Haven United Methodist Church in New Haven, New York.

To send flowers to the family of Wilma J. Jerrett, please visit our Heartfelt Sympathies Store.