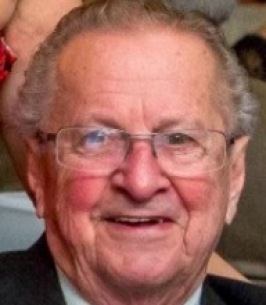 He was the owner and operator of the Harter Ambulance Service serving Parish and the surrounding communities. He was also School Bus Driver for the APW Central School District, driving Bus 50 for 29 years. He served as the Sextant of Pleasant Lawn Cemetery in Parish and later, as a Board Member. He was a member of the Parish Masonic Lodge; Past Master of the Republican Lodge #325 F&AM Mexico Lodge #136 F&AM Royal Arch Masons, Mexico Chapter #135; the Elks BPOE #271, Oswego, NY; Tigris Shriners Watertown, NY; a past member of the Oswego Country Club and 1969 Champion; and a member of the Pines Golf Course and 3-time League Champion. He was a member of the Parish Village Board and Deputy Mayor.

He was an accomplished athlete, playing basketball for the Parish Oilers, and was known for his set shot.

He and his wife Jane were very active in the New York State Scholarship Pageants.

He was pre-deceased by his wife, Jane (Annal) Harter in 2001; his siblings, Dr. William Harter, Janet Nellis and Sally Trombley and his son-in-law, Allen Houghton.

Bob’s family would like to recognize his caregivers for their outstanding care and support over the last year.

Funeral Services will be celebrated on Thursday, June 2, 2022 at 11am from Harter Funeral Home, Inc. 2983 W. Main Street, Parish, NY. Interment will be in Pleasant Lawn Cemetery, Parish. Relatives and Friends are invited to call from 4 p.m. to 7 p.m. on Wednesday, June 1, 2022 at the funeral home.

In lieu of flowers, contributions may be made to McFee Ambulance Service, Mexico, NY.

To send flowers to the family of Robert Wells Harter, please visit our Heartfelt Sympathies Store.