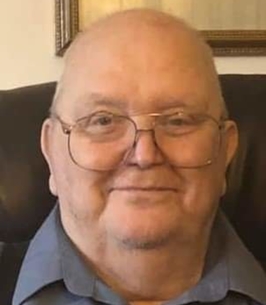 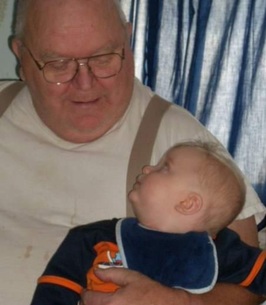 Robert Clark, born on August 25, 1938, went to his heavenly home on Friday, October 1, 2021 at home surrounded with love by his family. Many thanks to the staff at St. Joseph's Hospital and the palliative care and Hospice of CNY for making this possible. Bob is survived by his brother, Harold Clark and predeceased by his six other siblings. He is survived by five children, Crystal (William) Adams, Penni Clark, Robert (Lois) Clark, Jr., Denise Clark, and Shawn (Stacey) Clark. He is predeceased by his wife of 61 years, Pearl Kiesinger Clark, and his son, Kevin Clark.

Bob leaves behind many grandchildren (some by blood and some adopted into his family by love), Tony (Rachael) Adams, Elias (Isabelle) Clark, Abigail Clark, Tabitha Clark, Noah Clark, Lani Schmidt, Summer (Justin) Curtis, and Sara (Paul) Barnum. Surviving great grandchildren include Peyton Adams, Chase Adams, Grace Curtis, Leona Curtis, Ivory Curtis, and Asher Barnum. He also leaves behind his best friend and brother-in-law, Robert Kiesinger, many neices and nephews, and his friends at Parkview Manor Apartments. Countless others would look to Bob as a father figure as he was to many God's example of being a "father to the fatherless".

Bob grew up in Parish, NY later moving to California as a teenager before joining the U.S. Army. Bob lived his life experiencing many careers including driving truck, church treasurer, and owning various businesses such as Clark’s Tax Service, a diner, a pizza place, and a used book store.

Bob's love of the Lord led him to a life of service and ministry. He served at the Colosse Baptist Church (now Fellowship Baptist Church of Colosse) for over 30 years. During those years he brought hundreds (maybe thousands) of kids and families to church as a bus captain for up to five busses at one time. He also ministered as a deacon, treasurer, teacher and youth worker. He then continued his life of ministry at the First Baptist Church of Mexico under the leadership of Pastor William O'Neil and his wife, Dorothy. His service there included being a children's ministry director, teaching, and again serving as a deacon. During his later years Bob held Bible Studies with his friends at Parkview Manor Apartments where he and his wife. Pearl, resided.

As Bob spent his final days preparing for his departure from this earth and his entrance into heaven, he spent much time sharing stories with his grandkids of his coming to receive Christ as his Saviour. He then shared with them many of the ways he had enjoyed serving and ministering to others the love of Christ throughout his life of 83 years.

In keeping with Bob's life being all about his love for God and people he expressed his main desire for his funeral be that Pastor Caleb Kinney share with everyone present God's love and plan of salvation. His hope was that others would want what he had...and that is found in a relationship with Jesus. Nothing would make him happier than to know that his children and grandchildren and his spiritual children (those he nurtured in the faith) would continue to walk in God's truth.

Calling hours will be held at First Baptist Church of Mexico located on Church Street in Mexico, NY on Tuesday, October 5, 2021 from 3 to 6 p.m. Pastor Caleb Kinney, Associate Pastor of Emmanuel Baptist Bible Church will preside over the funeral following the calling hours at 6 p.m. Arrangements in care of Harter Funeral Home, Inc. Mexico, NY. Anyone attending the services are asked to please wear a mask. Anyone unable to tolerate a mask or who is sick are asked to please just send your thoughts and prayers to the family. There will be no burial at this time. That will be scheduled for a later date.

Many who knew Bob know he lived a humble life and so In lieu of flowers donations can be mailed to Shawn Clark, PO Box 435, Parish NY 13131 and will be used to offset funeral expenses.

To leave a special memory or condolences for Bob's family, please click the Condolences & Tributes button above.

To send flowers to the family of Robert Clark, please visit our Heartfelt Sympathies Store.