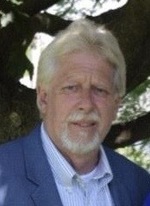 Richard graduated from APW High School and served in the US Army. He was a volunteer firefighter in the Adams Fire Department for many years and was also a member of the American Legion. He held numerous roles within the Legion including Post #601, County, and 5th District Commander. Additionally, Dick was an active member of the Mad River Club in Lacona, NY, most recently serving as President.

Dick enjoyed four wheeling, hunting, riding his Harley Davidson, and spending time with his close friends and family. Dick could always be counted on for a good laugh, a witty tune, and a cold beer.

He was pre-deceased by his father, Richard H. Palmer, Sr. and brother, Leonard Palmer.

Calling hours will be 3-6 pm on Tuesday, May 7th at the Harter Funeral Home, Inc. in Parish, NY, with a service immediately following. Friends and family are invited to join at the American Legion Post #601 in Parish, NY at the conclusion of the service. In lieu of flowers, please provide donations to the Syracuse VA Medical Center; ICU unit, in memory of Richard.

The insignias listed here may be subject to copyright and / or trademarked. Those copyrights and trademarks are owned by the respective organizations.