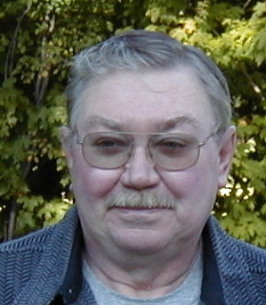 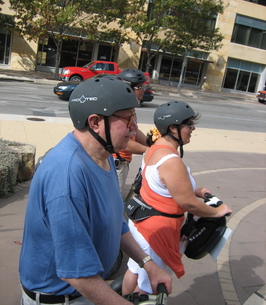 Richard Cronk, a good family man with a persistent upbeat attitude, died Sunday, December 5, 2021 at Bishop's Commons in Oswego, which had become his home for the past several month. Born in 1937, he was 84 years old, and the care he received at Bishop's Commons enabled him to enjoy his time there with dignity and contentment in spite of his health challenges.

He had been a long-time resident of New Haven, with memories from his childhood of his father building the the home he then grew up in, being the only child of Allan and Nettie (Looker) Cronk. He graduated from Mexico High School in 1956, then served in the Air Force until 1963, soon after returning to that home in New Haven where he and wife Beverly raised a family with 5 children, while first working at General Electric, then Alcan Aluminum, where he retired from.

In his younger days, he enjoyed playing in softball and bowling leagues, occasional hunting trips with friends, and for decades, he relished the annual fishing trips to Black Lake with a select group of longtime friends. They would always return with good stories, and once in a while, some fish.

Richard enjoyed listening to country music, reading fantasy and science fiction, traveling to visit children and grandchildren in various states, watching NASCAR races, SU football and basketball, feeding and watching birds (this also entailed harsh words for the squirrels), and tending his land, which often meant hours upon his old red tractor. He previously served as trustee for the First Congregational Church in New Haven, and volunteered as a cook for chicken barbecues and clambakes for both the church and the volunteer fire department. In recent years, he enjoyed attending Mexico High School games alongside his best friends Lester and Helena Rhinehart, cheering on Hannah and Reed Fravor.

Richard was predeceased by his wife Beverly in 2010, and is survived by children: Matt (Jenae), Mike (Anita), Mindy (Nathan), Eric (Adele), and Marie (Tulio); grandchildren: Paul (Sarah), Sarah (Edwin), Daniel, and Charles; and great-grandchild Madeline. Also important to Richard and our family is his cousin Sharon Johnson and her family, our extended family including the Zellars and lifelong friends the Rhineharts and Fravors. Thank you to those (and others), and to the many compassionate caregivers during the past year.

A service will be held at a later date. In lieu of flowers please consider a donation to Oswego County Hospice or Donald McFee Memorial Ambulance. Arrangements are in care of Harter Funeral Home, Inc. 9 Washington Avenue, Mexico, NY.

To share a special memory or condolences with Richard's family, please click the Condolences & Tributes button above.

To send flowers to the family of Richard Cronk, please visit our Heartfelt Sympathies Store.