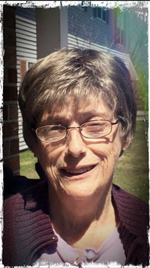 Pearl Leona (Kiesinger) Clark, born on November 24, 1938, went to her heavenly home on Sunday, January 12, 2020 at home surrounded with love by her family. Many thanks to the staff at Crouse Hospital, the staff and nurses at the Cottages #41 and the palliative care and Hospice of CNY for making this possible.

She is survived by her husband of 61 years, Robert Clark. She is also survived by her brother Robert (Jeanne) Kiesinger and predeceased by two siblings, Helen O’Neil and Fred Kiesinger. Survived also by five children Crystal (William) Adams, Penni Clark, Robert (Lois) Clark Jr., Denise Clark, and Shawn (Stacey) Clark. She is predeceased by her son Kevin Clark. Pearl also leaves behind many grandchildren (some by blood and some adopted into her family by love): Tony (Rachael) Adams, Elias Clark, Abigail Clark, Tabitha Clark, Noah Clark, Lani Schmidt, Summer (Justin) Curtis, and Sara (Paul) Barnum. Surviving great grandchildren include Peyton Adams, Chase Adams, Grace Curtis, and Leona Curtis as well as many nieces and nephews and all her friends at the Parkview Manor Apartments that she desired to see one more time. Countless others would call Pearl their mom, grandma, spiritual mom etc. Her years spent serving her Lord and letting Him love others through her has impacted countless lives here and for eternity.

Pearl grew up in Mexico NY and is recognized by so many people as the face of Geddes Video and Kinney Drugs through her years working there. Her ministries at the Colosse Baptist Church and for the past 20 + years at the First Baptist Church in Mexico NY have contributed to her being respected and cherished by thousands of lives. From her early 20's Pearl has served in a church bus ministry, ladies ministries, visitation, prayer partners, teaching Sunday School and Children's Church, Vacation Bible Schools, food and clothing pantries, and any other way she could exhibit God's love in action. As she said her goodbye's to her family members on her last days she took the time let us all know how proud of us she was as well as to leave some final words of encouragement and instruction on how she expected each one to honor God and their family members. A common comment back to her was that she taught us how to love by how she loved. Nobody ever had to ask for her love. It was just offered and all anyone had to do was receive it. She never took it back. You couldn't mess up badly enough to lose that love. What an example of the love of Jesus, her Savior. He first gave His love unconditionally. It was offered and all anyone has to do is receive it. You can't mess up badly enough to lose that love. He never takes it back. The greatest tribute to her life is her living that love before us all. The greatest tribute you can give back to her is to receive her Savior as she did and then to live a life of His unconditional love toward others just as she did.

Calling hours will be held at the First Baptist Church of Mexico on Church St. in Mexico, NY on Tuesday, January 14th from 3-6 pm. Pastor William O’Neil will preside over the service which will follow at the church at 6 pm.

An award will be set up at the A.P.W. CSD to be named after Pearl. In lieu of flowers, donations being made for this award can be sent to Shawn Clark, PO Box 435, Parish NY 13131. This award will be an award that honors her exceptional character and will be given to others who exhibit that same character.

Pearl never, even to the end, felt she did anything special. How wrong she was. As someone put it so well, "She was extraordinary at being ordinary."