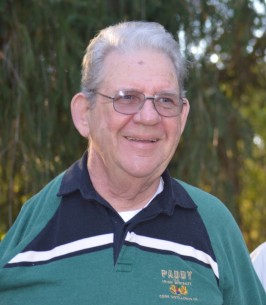 Joe was born March 13, 1943, in Fulton NY, the fourth of five sons to the late Leola (Eckler) Kanaley and Edward “Ted” Kanaley.

He is also survived by two brothers, Thomas (Louise) Kanaley of Rochester, NY; and Daniel Kanaley of North Syracuse NY, as well as many nieces, nephews and cousins.

He was predeceased by his two brothers, Martin Kanaley, and Donald Kanaley, and one granddaughter, Heather Kanaley.

Joe was a founding member of Sons of the American Legion Post 1552 in Hannibal, and organized many drives to benefit the Syracuse Veterans Administration and other veterans organizations. He was a longtime member and past officer of Ancient Order of Hibernians, Harold J. Flynn Division 2, of Fulton NY. He was a 1986 graduate of SUNY Oswego.

He made three trips to Ireland, sharing memories there with his wife and daughters. His passions were Irish music and culture, traveling to the Thousand Islands Region, classic cars, local and national politics, and reminding his daughters to check the oil.

Joe’s lifelong appetite for fun and adventure resulted in the loss of his right arm in a train accident at the age of 14. He chose to focus on opportunities and blessings, and continued living life boldly. He was known to many as “Joe the Hook.” He was happiest helping others and taught his children and grandchildren by example. He will be greatly missed.

In lieu of flowers, donations may be made to the Syracuse VA Medical Center, Syracuse.va.gov.

To leave a special memory or condolence for Joe's family, please click the Condolences & Tributes button above.

To send flowers to the family of Joseph L. Kanaley, please visit our Heartfelt Sympathies Store.