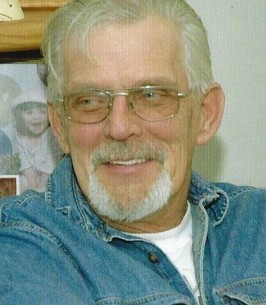 Memorial Candles Lit for James | SEE ALL
Light a Candle
"We are honored to provide this Book of Memories to the family."
— Harter Funeral Home, Inc.
Funeral Details Condolences & Tributes Photos, Videos & Stories Plant a Tree

Jim was born in Cato, NY on January 26, 1945; the son of James R. Steele and Dorothy Welch Steele. Jim attended Cato-Meridian High School. After high school, Jim served with the US Army as a Combat Medic in Vietnam. He was married to Jean Hilton, who gave him two beautiful daughters.

Jim retired from the trucking industry, having served as an Owner/Operator for many years. Most recently, he was employed by Revell Oil and Construction Co.

He was an avid NASCAR fan, attending many races. He also enjoyed camping with his friends.

No matter where Jim traveled, he always met someone he knew.

Jim was a member of the Mexico VFW Edick-Hamlink Post #369, the Oswego County Comets Riding Club, and the New York Patriot Guard Riders.

He was pre-deceased by his parents, James and Dorothy Steele; his grandson, Tyler; and his sisters, Cathy Ferris and Liz Olmsted.

Jim is also survived and missed by his dog, Zoey.

A memorial service will be held on Friday, June 7, 2019 at 3:30 p.m. from the Mexico VFW Edick-Hamlink Post #369, 5930 Scenic Avenue, Mexico; followed by a Celebration of Jim’s life. Arrangements are under the Trusted Care of the Harter Funeral Home, Inc. 9 Washington Avenue, Mexico, NY.

In lieu of flowers, please consider a donation to the McFee Ambulance Corps. 52 Watson Avenue, Mexico; or to the Mexico VFW Post #369.

To plant a tree in memory of James F. Steele, please visit our Heartfelt Sympathies Store.

The insignias listed here may be subject to copyright and / or trademarked. Those copyrights and trademarks are owned by the respective organizations.
×