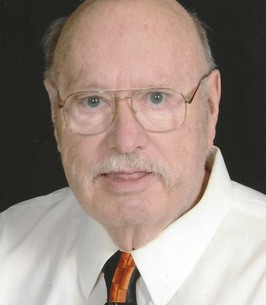 Grant L. Delong, 74, of Mexico, passed away on November 12, 2022; after a long battle with Parkinson's disease. Grant was born in Oswego, NY to Grant L. Sanderson and Marjorie J. Flint Sanderson. At the age of 9 months, Grant's father was tragically killed. His mother later married Charles E. Delong, who adopted and loving raised Grant as his son.

Grant graduated from Mexico Academy High School in 1966. He later attended Canton ATC, where he met his beloved wife of 50 years, Rita E. Gibbs. In 1968 he received an AAS degree in Mechanical Design. After graduation, Grant accepted a position with Eastman Kodak as a Quality Control Inspector for work done on the Apollo 11 project. Leaving Kodak in September of 1969, he began employment with General Electric, as a field representative. Grant remained employed with GE for 43 years, retiring as a Senior Field Engineer in 2012. During his years with GE, he coordinated projects on turbines throughout the United States. He also worked internationally in Guayaquil, Ecuador, Canada, and Abudhabi United Arab Emirates, where he trained engineers from all over the world. Locally, he worked as a technical instructor at the GE training center in Schenectady. He was honored for his life's work in the GE Turbine Hall of Fame and was a member of the elite GE Elfun Society.

Grant was a member of the United Methodist Church of Mexico, The Free & Accepted Order of Masons Lake City Lodge #127, and the Order of the Eastern Star Lake City Victoria Chapter
#205. He was a master chef and baker, locally famous for his delicious cream puffs. His other hobbies included hunting, fishing, and travel, primarily in his beloved Corvettes.

Special thanks to a terrific group of home staff who provided excellent care, companionship, laughs, and wonderful adventures. You were like a second family and we are eternally grateful for your kindness.

Funeral Services will be celebrated at 1 p.m. on Friday, November 18, 2022 from Harter Funeral Home, Inc. 9 Washington Avenue, Mexico, NY. Interment will be in South Richland Cemetery. Relatives and Friends are invited to call from 11 a.m. to 1 p.m. at the funeral home prior to the service.

In lieu of flowers, donations may be made to the Order of the Eastern Star Lake City Victoria Chapter #205, the United Methodist Church of Mexico, and The Free & Accepted Order of Masons Lake City Lodge #127 .

To send flowers to the family of Grant L. DeLong, please visit our Heartfelt Sympathies Store.