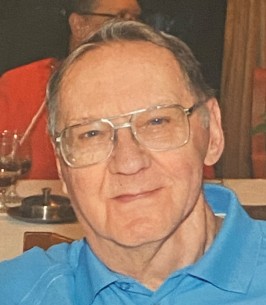 Oswego, NY - Gary Regis Schipper, 83, of Oswego, NY; passed away on January 31, 2021. Gary had been a life time resident of New Haven, NY. He graduated from Mexico High School, in 1957 and worked in Fulton, NY at Nestle for 36 years. He was also employed with Lake Shore Trucking.

Gary was a member of the First United Methodist Church of Mexico, NY. He belonged to the International North East Harley Davidson Dresser and Touring Association.

He and his wife Ann, had traveled to all 50 states and several Canadian provinces. They also experienced five cruises.

Gary was the son of Vernon and Dorthy Schipper. He was pre-deceased by his loving daughter, TerryAnn Loveall; and his brothers, Gordon and Gene.

Funeral Services will be held at 6 p.m. Monday, February 8, 2021 from Harter Funeral Home, Inc. 9 Washington Avenue, Mexico, NY. Spring Interment will be in the New Haven Rural Cemetery. Friends and family are invited to call from 4 to 6 p.m. at the funeral home prior to the service.

In lieu of flowers contributions in Gary’s memory may be made to the First United Methodist Church of Mexico, P.O. Box 255, Mexico, NY 13114, or a charity of your choice.

To leave a special memory or condolence for Gary's family, please click the Condolences & Tributes button above.

To send flowers to the family of Gary Regis Schipper, please visit our Heartfelt Sympathies Store.