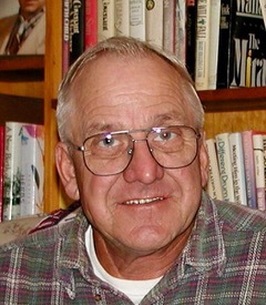 Memorial Candles Lit for Frank | SEE ALL
Light a Candle
"We are honored to provide this Book of Memories to the family."
— Harter Funeral Home, Inc.
Funeral Details Condolences & Tributes Photos, Videos & Stories Plant a Tree

He was born and raised in Scriba NY. He graduated high school from the Oswego Normal School.

He married his love, Patricia (Martin) Fischer, in 1955. They were married for 64 years before her passing this past April. Together, they raised their family in New Haven, NY.

Frank served in the Army National Guard for four years in Co D 1-108th Infantry. He joined the Carpenter’s Local #747 in 1964. He was a proud member of the Carpenters Union for over 54 years. He was very pleased to drive around the area and point out all the projects and buildings he was part of creating.

Frank loved hunting and fishing. He enjoyed camping and wood working. His passion however, was Volkswagen’s. If it was a Volkswagen, he could fix it. People traveled from across the country to have him fix their precious Volkswagen’s.

He is survived by his children; Edward and Anita, Richard and Debbie, Kenneth, Paul and Linda, and his daughter in law, Michelle Connolly, His brothers and sisters in law, John & Jean Martin and Larry & Ruth Martin, His grandchildren; Luke, Christopher, Khristian, Daniel, Maxwell, Morgan, and Caleb, and his great grandson Jake, and many cousins, nieces and nephews.

He was predeceased by his parents, Herman “Frank” and Ellen (Buchanan) Fischer, His brothers, William & Herman, his sisters,Emily, Grace, & Ethel, and granddaughter Grace Fischer.

Funeral Services will be held at 10 a.m. Tuesday, July 2, 2019 from the Harter Funeral Home, Inc. 9 Washington Avenue, Mexico NY. Interment will follow in the North Scriba Union Cemetery. Friends and family are invited to call from 4 to 7 p.m. Monday, July 1, 2019 at the funeral home.

To plant a tree in memory of Frank E. Fischer, please visit our Heartfelt Sympathies Store.