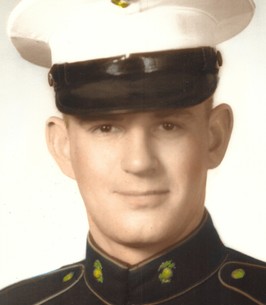 Edward J. Stevens born on May 26, 1935 in Minetto, passed peacefully on December 23, 2019, surrounded by his family after a short illness. He was the son of the late Glenn and Catherine (Tyrell) Stevens. Attended Oswego school and shortly after enlisted in the Army and then the Marines.

Ed worked for Sealright, Columbia Mills and retired for Oswego Co. BOCES (CiTi). He was a member of the Minetto Fire Department, Masons of Oswego and American Legion of New Haven. Edward enjoyed old western movies, fixing old cars, hunting, and spending time with his family and friends.

In honor of Ed’s life, please join his family at Harter Funeral Home, Inc. 9 Washington Avenue Mexico NY on Monday, December 30, 2019. Calling hours will be 1pm to 4pm with services to follow. Spring Interment will be held in New Haven Rural cemetery.

In lieu of flowers and to honor Ed, the family is requesting donation be made to Feed our Vets of Watertown, 1291 Faichney Dr. Watertown, NY 13601.

To send flowers to the family of Edward J. Stevens, please visit our Heartfelt Sympathies Store.