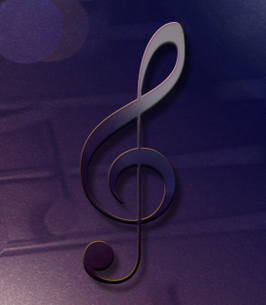 Carolyn Joan (Guyle) Hiler, 79, passed peacefully at Seneca Manor on Wednesday December 11, 2019, after a long illness. The daughter of the late Glenn D Guyle, Sr and Clara Jerrett Guyle, Carolyn was born on April 16, 1940 in Oswego Hospital. She was educated in the Oswego schools, graduating from Oswego High School in 1957 and SUNY Oswego in 1960 with a degree in Elementary Education. She taught in Phoenix Central Schools for 2 years and then in Mexico Central Schools, retiring in 1997 after 37 years in teaching. She was highly respected and loved by all who knew her, including the hundreds of kindergarteners she taught through the years.

A talented musician, Carolyn was also a church organist, first with the Lycoming Methodist Church, then First United Methodist Church in Oswego, and finally the Mexico United Methodist Church starting in 1987, a position she held for nearly 25 years. She played at all the Mexico-area Churches when called for special services and loved to bring organ music to new ears. Throughout her teaching career, she creatively integrated music into lessons and routines.

Carolyn organized a bell choir for the Mexico UMC and spearheaded the purchase of many bells in memory of loved ones. She was a member of the Red Hat Society in Mexico, the retired NY State Teachers, and was the Director of the Oswego County Fair Talent Show for many years.

There will be no calling hours; a Memorial Service will be held at a later date. Contributions in her honor can be made to the Mexico United Methodist Church, Mexico First Presbyterian Church, or Lycoming Methodist Church.

Funeral Arrangements are in the care of the Harter Funeral Home, Inc. 9 Washington Avenue, Mexico, NY.

The family wants to thank the entire staff at Seneca Manor in all departments. During her short time in residence, you provided love and care in the same manner as she did for others in her entire life.

To send flowers to the family of Carolyn J. Hiler, please visit our Heartfelt Sympathies Store.